Spending on mental health hit $221 billion in 2014, making it the single most expensive medical condition in the U.S. Each year 217 million workdays are lost due to depression and, according $193 billion in workplace earnings are lost due to serious mental illness. The time has come to think and act differently when it comes to addressing mental health in the workplace.

Make the Right Investment
HELP YOUR EMPLOYEES HELP THEMSELVES

Organizations are already paying the high cost of untreated mental illness. It is time to start thinking more strategically by investing in education, awareness, wellness, prevention, early detection and early intervention. We do this with physical wellness. Mindset was created to do this for mental wellness. Health employees are focused, motivated, productive and present. Proven education programs, like Mindset offers, are a great investment for your employees and your business.

Some of the organizations that have made the decision to invest in their mental health recently include:

About your Mindset Presenter 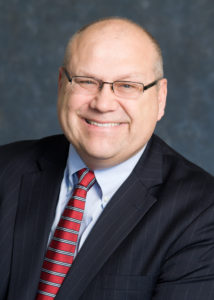 Dan Lukasik is an attorney and Director of the Workplace Well-Being for the Mental Health Association in Buffalo, New York.

Dan’s work on mental health has been featured in The New York Times, The Wall Street Journal, The National Law Journal, The Washington Post, on CNN, The Buffalo News, and many other national and international publications.

Dan has lectured around the country on the topics of stress, anxiety, and depression at corporations as diverse as the The American Psychiatric Association, The American Heart Association, Delaware North, The Buffalo Sabres, Praxair, and Hospice to name a few. He also lectures widely as educational including Harvard College and Yale University and a lecturer at Canisius College's MBA program.

Dan is listed in the publication "The Best Lawyers in America."