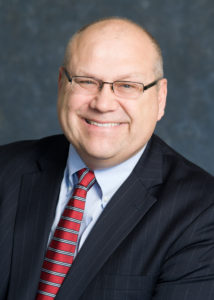 Dan Lukasik is the Judicial Wellness Coordinator for the New York State Office of Court Administration.

Ten years ago, Dan created a weekly lawyer support group in his community for those who struggle with depression and a website lawyerwithdepression.com, the first website of its kind in the nation, to help law students, lawyers, and judges cope with and heal from depression. Since its launch, the site has grown to serve not only those in the legal profession but anyone who struggles with stress, anxiety, and depression.  The website has been voted one of the top depression blogs in the country for five years running by Medical News Today and Healthline.com.

Dan is the Executive Producer of the original documentary, “A Terrible Melancholy: Depression in the Legal Profession,” which has been viewed by legal industry professionals around the country. He was the recipient of the Public Service Merit Award from the New York State Bar Association, and The Distinguished Alumni Award for Public Service from his law school alma mater for his work in addressing mental health in the legal profession.

A member of the New York State Bar Association’s Lawyers’ Assistance Committee, Dan works in concert with committee members across the state to help and assist those who struggle and create policies that promote mental health in the legal profession.

In 2019, Dan was chosen as a national spokesman by the Substance Abuse and Mental Health Services Administration (“SAMSA”) in Washington, D.C. as their spokesman in a PSA film of someone living successfully with depression.