A common misconception about depression is that it is something people can just “snap out of.” Unfortunately, for those people who experience major depression disorder, it’s not that simple. While depression can be serious, it is far from hopeless. There are effective treatments and actions people can take to overcome this disorder. There are certain truths about depression that are important to understand; as we target this debilitating disorder that often spans generations.

1.   Depression is a more than just a bad mood.

As I’ve mentioned above, it’s important for friends and relatives of those struggling to understand that people who suffer from depression can’t just feel better. People experiencing a major depression really need professional treatment. Depression is a mind/body issue and should be treated with the same self-compassion and treatment seeking with which we would treat any major illness. Different forms of therapy and/ or medications work for different people. According to the American Psychological Association (APA), psychotherapy can benefit depressed individuals by helping them uncover the life problems that contribute to their depression, identify the destructive thinking that makes them feel hopeless, explore the behaviors that exacerbate their depression and regain a sense of pleasure in their lives. 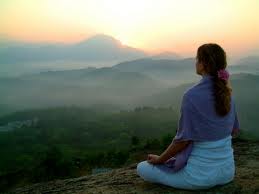 There are a lot of great treatments out there that have proven effective for dealing with depression. Research by psychologist Mark Williams, co-author of The Mindful Way Through Depression, has shown that mindfulness-based cognitive therapy (MBCT) can have a positive effect on preventing relapse in recovered depressed patients. His research indicates that if you teach people with recurrent depression mindfulness skills, such as meditation and breathing exercises, it reduces their chances of having another depressive episode.

Mindfulness practices don’t change our feelings or thoughts, but they do change our relationship to our feelings and thoughts. This enables a person who has a tendency toward depression to not get swept up in the thoughts and feelings that contribute to his or her depression. Another way mindfulness skills can benefit people struggling with depression is by helping them to be better able to regulate and tolerate emotion.

Often, one strong emotion behind depression is anger. Anger can be a hard emotion to deal with, but it is actually a natural human reaction to frustration. Getting angry may seem like it would only make you feel worse, but when you don’t deal with anger directly, you tend to turn it on yourself. It is important to allow yourself the freedom to fully feel your feelings, but at the same time, to control yourself from acting them out in any way that is harmful. You can recognize and accept your anger in a healthy way that releases the emotion without allowing it to fester or be turned into an attack on yourself.

4.    Depression is fueled by an inner critic.

We all have an inner critic, what my father, psychologist Dr. Robert Firestone, refers to as your “critical inner voice.” For people who are depressed, this critical inner voice can have a powerful and destructive influence on their state of mind. It may be feeding them a distorted commentary on their lives: You are too fat to leave the house. You are so stupid. No one will ever love you. You aren’t capable of being happy. You will never succeed at anything. 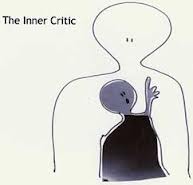 The critical inner voice may then persuade you to act in destructive ways: Just be by yourself; no one wants to see you. Have another piece of cake; it will make you feel better. You shouldn’t even try for that job; you’ll never get it. Finally, once you’ve listened to its directives, the critical inner voice will attack you for your actions: You are such a loser, staying home alone on a Saturday. You messed up your diet again. What is wrong with you? You’ll never get a decent job. You’re so lazy.

5.   There are active steps you can take to alleviate depression.

One of the worst symptoms of depression is a feeling of hopelessness. This very feeling can inhibit someone suffering from taking the steps that would help them combat their depression. In my blog “Eight Ways to Actively Fight Depression,” I outline a series of actions people can take to fight depression. These include:

• Recognizing and challenging your critical inner voice • Identifying and feeling your anger • Engaging in aerobic activity • Putting yourself in social or non-isolated situations • Doing activities you once enjoyed, even when you don’t feel like it • Watching a funny movie or show • Refusing to punish yourself for feeling bad • Seeing a therapist

For people struggling with depression, it’s important to have compassion for yourself and to take actions to overcome this state, including seeking help. Remember that no matter what your critical inner voice may be telling you, the situation is far from hopeless.

Lisa Firestone, Ph.D., is a clinical psychologist, author, and the Director of Research and Education for the Glendon Association. She studies suicide and violence as well as couples and family relations.

Firestone is the co-author (with Robert Firestone and Joyce Catlett) of Conquer Your Critical Inner Voice, Creating a Life of Meaning and Compassion, and Sex and Love in Intimate Relationships.

Firestone speaks frequently at conferences including the APA, the International Association of Forensic Psychology, International Association of Suicide Prevention, the Department of Defense and many others. She has also appeared in more than 300 radio, TV, and print interviews including the BBC, CBC, NPR, the Los Angeles Times, Psychology Today, Men’s Health and O Magazine.