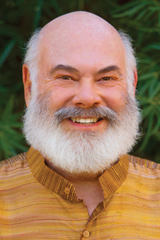 One reason Andrew Weil, M.D., the “father of integrative medicine,” wrote his new book, Spontaneous Happiness, is that the most searched-for term on DrWeil.com is “depression.”

It’s the common cold of modern emotional life. And he thinks we’re thinking about it all wrong. Yes, an imbalance of brain chemicals can trigger depression, but it goes the other way, too: An imbalance of thoughts and habits can change your brain to make depression more likely – – or less likely.

Dr. Weil believes an approach that integrates healthy habits of the body, mind and spirit can play a key role in preventing and alleviating mild to moderate depression. It can foster emotional well-being — and happiness.

Like all of his books, Spontaneous Happiness is a refreshing combination of clarity, science and practical wisdom. But it’s also warm and, indeed, personal: Dr. Weil includes not only anecdotes from people who’ve written to him over the years, but also his own experience in battling mild depression.

What is spontaneous happiness?

I use spontaneous happiness to call attention to the fact that happiness is something that comes from inside. It doesn’t come from getting something you don’t have. You can’t expect to be happy all the time, but you can open yourself up to the possibility of happiness.

A better goal than happiness, actually, is contentment. Contentment is an inner feeling, and it is something that can be cultivated.

I don’t think depression is all bad. Our moods are supposed to vary. We’re supposed to have positive and negative moods. I’m not talking about incapacitating depression. But mild or moderate depression can lead to an inward focus and rumination that may help you solve problems. That’s why depression is often associated with creativity.

Is depression on the rise?

We are witnessing an unprecedented epidemic of depression in this country, mostly mild or moderate. Some may be due to the pharmaceutical industry influence, but maybe only a quarter or so. There’s still a lot of depression to be accounted for. There are many factors: increasing social isolation, disconnection from nature, information overload.

You can’t find cases of severe depression in hunter-gatherer societies. What’s different about them? Almost everything! They eat differently, connect to nature every day and have strong tribal social support. Discontent correlates with affluence — the more people have, the more they are discontent.

Are women more prone to depression than men?

Hormones do play a role. Before puberty, the rate of depression in boys and girls is the same. After puberty, the rates rise [for females]. So, women are more susceptible to depression. That means they should be especially vigilant about their moods, and take this information and put it into practice.

Why is the idea that the mind can affect the body such an important concept?

Changing the way you think and perceive can change the structure and function of the brain. Not to deny brain chemistry, but it’s only one of many factors in depression. Most of psychiatry today only looks at brain chemistry, and so the only solution is drugs. And the drugs don’t even work that well. Physical activity and supplemental fish oil work as well as antidepressant medications.
There are other things you can do, and some are so simple. I was amazed in researching this book how much scientific evidence there is for the power of feeling and expressing gratitude to create lasting changes in mood.

What do you wish primary care physicians would do when someone comes in with mild or moderate depression?

Before reflexively prescribing a drug, I’d like them to look at the person’s lifestyle. Look at all the factors before resorting to medication. Severe depression can be life threatening, and requires medical management, and maybe medication. But even here, I’d like it to be limited to a year, and then [the doctor] should work with the patient to get off the medication and substitute other measures.

You recommend mindfulness for emotional well-being. What is mindfulness?

Mindfulness is the practice of bringing full attention to the present moment. Mindful eating, for example, means eating not in front of the TV or in your car. It means putting the food in your mouth and tasting it. One reason we have an epidemic of obesity is that so much eating is unconscious.

Can mindfulness training be part of the treatment of depression?

Mindfulness is movement that started with the Dalai Lama and collaborations with neuroscientists and Buddhist monks and teachers. They’ve shown that practices like meditation and forgiveness change brain function — and that these practices can be taught.
Mindfulness is now being integrated into cognitive behavioral therapy (CBT). This is very effective for the treatment of depression. It is also very cost efficient and time efficient.

What is the emotional benefit of a “media holiday”?

Addictive listening to and watching news often makes people feel angry, anxious and powerless. It’s not necessary — you can stay informed without it. You can have control over how much you let into your life. Many people tell me that just reducing that input has had major positive benefits on their emotional well-being.

Many people aren’t aware how powerful an influence noise is on the nervous system. It really works to cultivate silence.

What do you do every day to foster emotional well-being?
Every day, I try to get physical activity, spend time in nature and get enough good-quality sleep. I follow an anti-inflammatory diet and take fish oil. I meditate and do breathing exercises. And since writing this book, I make notes of things to be grateful for and remember. I also seek out the company of people who are positive. There is very strong evidence that depression is contagious, and so is happiness.

Watch this T.V. Interview where Dr. Weil talks about depression