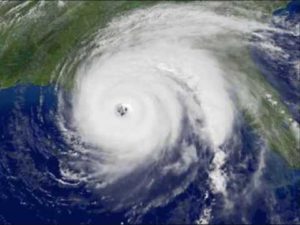 I’ve always been fascinated by all sorts of weather calamities. But none holds my attention more than a hurricane. Though I’ve never been in one, I marvel at their power and size; spinning vortexes of blistering wind manipulated into different colors on The Weather Channel’s satellite video.

Many who are struck by major depression feel like they’re in a hurricane. They may have sailed in navigable waters much of their lives (the average age of onset of major depression is about 40). But then the skies darken. And the large swells begin. The winds go from buffeting to battering their ships of their lives. A type of emotional and neurochemical hurricane goes on in their brains and pulls apart their sense of self and neural connections needed to run their lives.

Just like a hurricane, major depression doesn’t last forever. It dissipates. The seas eventually calm. People come out of their of their deep troughs of sorrow. The average length of depression is about six months – sometimes shorter, sometimes longer.

The speed at which one recovers may be accelerated by treatment: especially medication and talk therapy. However, many people do not get help when they really need it. They don’t call the coast guard when they’re in trouble. They ignore the warnings, either dismissing it as “the blues” or maybe drinking too much or drugging themselves to blot out the pain.

To have a good shot at long-term recovery, it’s critical to not only get help but to recognize that this ongoing assistance will be part of a new way of life. The afflicted to develop and be persistent about self-care habits that go a long way to warding off future depressives episodes. Avoiding future outbreaks of depression is critical. And this is because mental health care experts know that the more depressions you have, the likelihood you’ll have ones in the future goes up dramatically. It is also usually highly recurrent, with at least 50% of those who recover from the first episode of depression having one or more additional episodes in their lifetime, and approximately 80% of those with a history of two episodes having another recurrence. 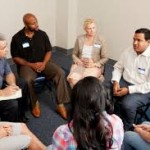 One of the best ways to get out of the eye of depression’s storm is a support group. They combat the stigma and loneliness that wrap around the bones of a depressed person. In such support, sufferers find a kinship. As Ernest Hemmingway once wrote, “He knew too what it was to live through a hurricane with the other people of the island and the bond that the hurricane made between all people who had been through it.” The bottom-line is that there’s strength in numbers. Check out the Depression and Bipolar Support Alliance’s website to find a support group near you.

So don’t get caught in the hurricane of depression. Get help. And once you recover, develop a strategy that you can and do stick with to stay well.

1 thought on “Batten Down the Hatches: Surviving a Depression Hurricane”