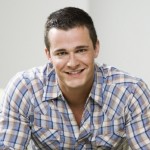 I have a friend named Matt. He was one of the most popular students at my high school. A bit of a nerd, he was excellent at basketball, good enough at football, and not too bad with the ladies. He and our group of mutual friends would go out regularly, getting into shenanigans and living it up like young people are supposed to live.

As we got older, not much changed. While our shenanigans matured, we were still a group of outgoing companions that found ways to make life more enjoyable while still remaining as responsible as possible. We were the ideal – outgoing people with adult lives who continued to enjoy each other’s company.

Then Matt got into law school.

During law school he suffered from some general life stresses. His mother was diagnosed with cancer, and he and his girlfriend had their ups and downs. It was hard on him, certainly, but his mother was getting treatment and he and his girlfriend were still together, so it seems like something the average emotionally healthy person would cope with.

But he couldn’t because law school didn’t allow him to. His first year was brutal, without even the smallest break for some type of school/life balance. He was placed into a law student group in which he spent the vast majority of his time. He had no social life, he had no free time, and he certainly didn’t have the opportunity to cope with the stress he was experiencing in his personal life.

Not long after that he became a different person. He became socially withdrawn, “flaky,” and took to drinking. He was past the age when most people suffer from major personality changes and yet there he was, becoming a different person right in front of me, with very little I could do as most of his time was still spent on his law degree.

Learning to Cope in Law School

There’s an excellent article on this website about the personality of lawyers. In it, the author found that lawyers tended to be more naturally pessimistic, and that the practice itself often contributed to their depression and anxiety.

Once they graduate, many of these students will be defending hardened criminals, helping companies dodge taxes, or even burying their faces in paperwork as they try to help companies and individuals avoid prosecution or take advantage of legal loopholes. Some of them will win their cases. Others will lose, often. It’s a lot of high stress work.

And yet few of these students will have had an opportunity to relax or cope since their first year of law school. These high stress students are being thrown into high stress careers, and the one payoff (money) isn’t enough to make up for what they’re being forced to experience.

The career is to blame for a lot of this stress. It’s a career that is prone to numerous failures, and one that expects a great deal of anyone that chooses to pursue it. But the universities that are training these students are also to blame. They’re preventing their students from coping with their daily life, only to throw them into a career with greater stress and no coping strategies.

Law schools need to start taking mental health into far greater consideration with all of their programs. The intensity of each program is believed to be valuable to training future leaders in the field of law, but if 20% of those lawyers are suffering from severe anxiety and depression, these programs have failed, as all they’ve created is another individual suffering from stress in their life. This needs to change.

4 thoughts on “Lawyers and Anxiety — The Fault of the Person, the field or law school?”