I am writing a book about depression in the legal profession. It will be the first book of its kind in this country.  And it’s about damn time.

The book will address the causes and suggested remedies to deal with depression for law students, lawyers and judges.  Given the shockingly high statistics about how many in our profession struggle with this affliction – – about twice the rate of the general population – – one might think that at least one book, if not several, had already been written on this topic. Nope – nothing.

I think part of the reason this is true is because of the shame and stigma attached to suffering from depression and being a law student, lawyer or a judge.  This has been evident in our attempts to interview people for the book.

Law students have been a tough group to crack.  A posting on the Facebook account of one law school got 750 hits in one day, but no response to contribute to the book. 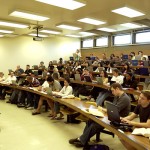 Law students have higher rates of depression than lawyers – – about 40% of students will suffer from depression at some point in their three years at law school or about 60,000 of the 150,000 law students in this country. There are many reasons for such high rates of depression in law school and I’ve blogged about it before in my piece In the Beginning – Depression in Law Schools.  We need some of these students to step forward and contribute their important stories because without them, the book might lack the authenticity we’re hoping to achieve.  These stories will be offered as “portraits” in the book of law students struggling with depression and trying their very best to deal with law school and depression.The book aims to open a conversation with law students about depression rather than lecture them about it.  The best way to do this is to interview real people with real stories. 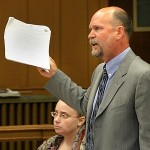 Lawyers have a hard time talking about depression because they’re fearful that it exposes a major weakness to opponents and their employers.  Lawyers are supposed to be problem-solving winners; not people with mental health problems that may or may not win.  This pressure only serves to amplify the shame a lawyer feels when he or she is struggling with depression.

As they struggle to keep up at work, they repeatedly ask themselves, “What’s wrong with me?” and “Why can’t I just get this damn brief down?”  They hate themselves for not being productive.  But the lack of productivity is NOT a product of laziness. It’s a product of a disturbances going on in the brain; in particular the hippocampus which is involved with learning and memory and the amygdala. 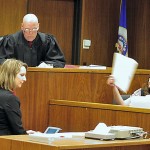 Judges are supposed to be the cream of the crop.  They are bound by the Judicial Code of Ethics and must remain above the fray.  They are often lonely and dealing with burnout.  Once they put on the black robe, they stop being “Bob Smith” and become “Your honor” or “Judge” whether in the courtroom or out in public.  Check out my prior blog about judges and depression. 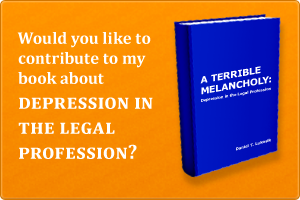 My book is meant to be a sort of handbook or guide for those in the profession who need help and understanding. It is also written for those who care about the suffering law student, lawyer and judge and want to help.

We want to hear from you and listen to your story.  You can do it anonymously, if you wish.  The book is likely to reach tens of thousands of people, if not many more. Were you to tell your story, some suffering soul who is in pain – – like you were before you recovered or are in now – – might see themselves in you and suffer just a little bit less, might feel a little less lonely.  They may even gain a sense of hope.  Please, tell your story and be part of this important project.  Just click here to begin sharing.