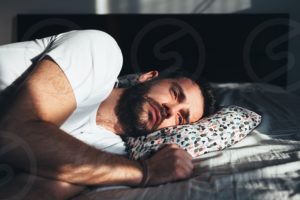 END_OF_DOCUMENT_TOKEN_TO_BE_REPLACED

Steve Petrow writes in The New York Times, “Most people, even those who know me well, don’t see my depression. I’m a ‘high-functioning’ depressive, for sure, and perhaps an artful one, too, obscuring its symptoms with a mix of medication, talk therapy, exercise and knowing when to close the door on the world. And unlike my surgical scars (thank you, cancer), those left by depression are invisible.”

Statistics show that women are diagnosed with depression more often in men.  However, could it be that men just underreport?  Read the News

Author and psychiatrist Dr. Nassir Ghaemi looks at the complexity of depression to help unearth some simple frameworks to help people develop the courage to hope.  Read the Blog

A group of men in New Jersey have created a new website just for men who struggle with depression.  Check Out the Blog

Lots of guys with depression don’t get help because they don’t like to complain and don’t want others to think they’re weak.  Read the Blog

The ability to correctly identify signs of depression depends on the gender of both the identifier and the person with depression.  Read the Story

Al commented: “I have never been a guy who can just take time off without feeling wrong and guilty. So I work 70 hours or more a week. It is killing me, I think, but what in the world would I do with the time if I was not working?” Al represents the kind of depression that hides in overwork and lack of social contact. He feels low self-worth and does not believe he is loveable. He is home so rarely that his family takes vacations without him and he has been known to work on holidays. He is a man who cannot fill his life with meaningful connections, so work becomes the point of his existence. He is one short-term illness away from despair: Unable to work, he would succumb to feeling useless or worthless and his depression would well up and swamp him.

Marlin on the other hand was out of work but he was also unwilling to discuss how deeply he feared not getting a job he interviewed for. He had struggled against networking, embarrassed and unwilling to test the strength of friendship among acquaintances he contacted for his job search. Instead, he railed against the rules of unemployment that demanded he had to demonstrate applying for 4 jobs per week. “No one can tell me how to live!” he declared. “I will live on my nest egg until I am out of money rather than knuckle under to the way some agency wants me to conduct my job search.” Being out of work was grinding his self-esteem to a fine powder, and depression’s hopeless and helpless attitude blocked his job hunting. He became increasingly isolated, avoiding people to avoid discussing his unemployment, and thus he limited his options for receiving help and support. Being angry at least gave him a sense of power.

Both of these men with low self-esteem also reflect the problematic low levels of serotonin common to depressed brains. That neurochemistry shows in the persistent negativity and the inflexibility in problem solving that will keep both these men stuck in their unfortunate patterns of behavior. Because most men strongly connect their value and identity with their work, work carries exceptional power to define their worth. Al’s overwork and Marlin’s embarrassment about unemployment reflected their sense of value. They found ineffective, albeit different, solutions: Al hiding in his work and Marlin using anger to cover his fear of unemployment and defend his inflexibility.

What both these men were missing may have been healthy levels of serotonin, but they were also missing social involvement that might have reversed the pattern. Depression can lead a man to feel worthless and block his understanding of why family and friends want to be with him. However, being with others in pleasant social contexts, whether family or friends, is an automatic lift to the mood and raises energy. Forcing oneself to participate, even though the desire to participate is minimal, can begin to shift intractable behavior. If Al or Marlin had spent time with people who cared about them, they might have been able to get perspective on their value as well as on their options.

It is true that being depressed makes it very hard to reach out to others. Any person who lives with the over-worker or stalled job hunter can see that their perspective is narrowed and their self-worth is damaged. Broadening perspective can be accomplished in making small connections, putting a wedge into the wall of their disbelief that others see them as more valuable than their work. What gets through? Working from ‘the outside in” can help. Urging, encouraging, even insisting on behavior change can change feelings and that can change the brain to a more balanced brain. If a man can insist with himself, fine, and if not, therapist or family member can push in these directions:

Insist the man with no worth make a list of people in his life and identify whether they love him (according to what they say, not according to whether the depressed man feels loved.) Then review the list daily.

Insist he participate in a social activity however much the depressed man resists. Follow up with identifying whether it was pleasurable or unpleasurable. (No middle ground).

Insist that he identifies 3 blessings a day, every day, in writing. And yes, eating popcorn can be a blessing if you like it. No activity is too small to be a blessing. He should read it to himself every day and read the list to someone else once a week.

Insist that he spends time with family, participating in an activity together. (And everyone sitting in a restaurant looking at their individual handheld devices does not count as together time.)

Insist that he reconnects with others. For example, making a list of people he could socialize with, even if it has been a while, and then call or email or text one person per week to set up a contact, such as golf game, drinks after work, bike ride, meet at the gym, have a lunch, etc.

Always follow up with evaluating how the connection felt. When men are depressed, they are slow to acknowledge that something made them feel good. They do not easily credit the pleasurable aspects of the connection. And reviewing that it felt good makes it harder for him to ignore the good feeling and re-stimulates the pleasure of the experience strengthening its value as an antidepressant. Connection is the way out of depression, in part because it contradicts worthlessness. Once an Al or Marlin believes he is not worthless in the eyes of others, he might be more balanced about work and separate his identity from his job status. As his sense of value increases, the hold of depression decreases.

From the blog Toodepressed.com, an insightful piece about how men express depression differently than women with anger, irritability and aggression. Read the Blog