Ketamine has been called the biggest thing to happen to psychiatry in 50 years, due to its uniquely rapid and sustained antidepressant effects.  However, although there are multiple theories, researchers do not quite know how ketamine combats depression.  It is therefore hoped that new research has uncovered a mechanism that may, in part, explain ketamine’s antidepressant properties.  Read about it here. 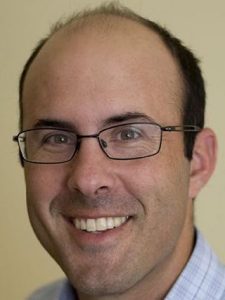 The following is an edited transcript of the podcast recorded interview with Dr. Alex Korb.  This transcript has not been reviewed and is not a word-by-word rendering of the entire interview.

Hi, I’m Dan Lukasik from lawyerswithdepression.com. Today’s guest is Dr. Alex Korb.  Dr. Korb is a neuroscientist, writer, and coach.  He’s studied the brain for over fifteen years, attending Brown University as an undergraduate and earning his Ph.D. in neuroscience from UCLA. He has over a dozen peer-reviewed journal articles on depression and is also the author of the book, The Upward Spiral: Using Neuroscience to Reverse the Course of Depression One Small Change at a Time. Interesting, he’s also coached the UCLA Women’s Ultimate Freesbie team for twelve seasons and is a three-time winner for Ultimate Coach of the Year.  His expertise extends into leadership and motivation, stress and anxiety, mindfulness, physical fitness, and even standup comedy. Welcome to the show.

END_OF_DOCUMENT_TOKEN_TO_BE_REPLACED

Researchers from Mount Sinai School of Medicine are presenting important discoveries on the involvement of the immune system and dopamine cells in the onset of depression. Read the Story