These days, it’s no big deal to admit you have a therapist.

I’ve had the same therapist for seven years.  His name is Jerry.  He’s 74, Italian and grew up in the Bronx.  I see him a few times a month, generally.  In one-hour chunks of time.  Sometimes, I come and there’s doesn’t seem to be much to say about why I started coming there in the first place – how to cope with my depression.  Probably because I’ve gotten pretty good at dealing with it successfully over the years. 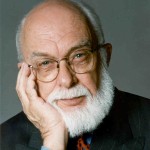 On occasion, we spend a fair amount of time talking about or catching up on his life.  I know quite a bit about it:  the death of his beautiful wife thirty years ago from cancer (she was also a psychologist), his heroic and loving raising of his two small children left without a mother, the political travails of being the head of the Department of Psychology at a local university and his views on parenthood, love, aging and mortality.

To me, he’s father I never had.  My own dad died 33 years ago at age 56 from alcoholism . . . and a three pack a day habit of Camel unfiltered cigarettes (something  he picked up in the Navy during WWII).   Dad was tough in a brutal and mean way.  Jerry is tough in a loving way.  Compared to other therapists I’ve had, he’s practical rather than Pollyannaish, wise rather than wishy-washy.  I love him and respect him.  And he’s my dear friend.

I recall when my mom died four years ago from brain cancer.  While walking around the funeral home greeting people who had come to pay their respects, in walks Jerry.  I didn’t expect it.  But I was so happy to see him.  I introduced him to my friends and family, people he had heard so much about in sessions.  I didn’t introduce him as my therapist.  Just, “This is my friend, Jerry.” And it rang so true.

I’m sure it was interesting for him to attach a face with a story and how they fit into the drama of my life.

Most people stay at wakes for fifteen minutes. Then say, “I’m sorry for your loss,” and leave and that’s okay – but not Jerry.  He stayed by my side for a few hours.  He was there for me.  He didn’t have to be.  The meter wasn’t running for his time. He was just being who he was since I met him: a loving and compassionate person full of integrity.  In short, one of the finest people I’ve ever met. 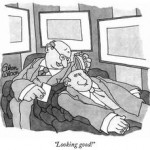 It’s not to say that we haven’t had our differences. But they’ve been minor.  Over time, not only have I come to appreciate the bounty of healing I’ve reaped in therapy with Jerry, but also it’s limitations.  While we can make a lot of progress in an hour, it’s still just that – 60 minutes every other week of sharing ups and downs, problems and triumphs, and the sifting through and making sense of life.    I wish we saw each other outside of therapy as friends.  But maybe many patients feel this way.  I wouldn’t be surprised.

Jerry is a man of science and rationality.  He believes in Cognitive Behavioral Therapy in which depression sufferers heal when their dysfunctional thought patterns of depression are challenged and changed for the better.

There’s much to be said for this type of therapy.  He’s challenged and helped me leave a lot of the thoughts that had fueled my depression behind in the dust:  “I’m not good at anything,” “I’ll never get over this,” etcetera.  I now think and believe, “You know, I pretty good at most things and superlative at some” and “I have and will get over it.  This too shall pass.”  I now believe in these takes on reality because he has helped me, as a wise guide, to do so with his characteristic wit, insight and humor.

When it comes to the spiritual, Jerry won’t go there. He’s a self-proclaimed agnostic at best. At first, this disappointed me.  How could this loving and brilliant man not believe in God?  But, I came to accept this as I had others in my life that didn’t believe in a God however he or she could have conceived him or her.

But I know this is true: regardless of what Jerry does or doesn’t believe, I know that a kind and loving God, the only one I can really believe in, loves and blesses Jerry just as Jerry does his clients in his own unmistakable way.