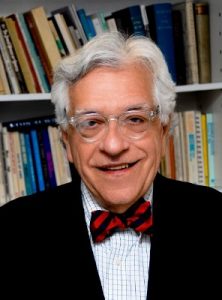 Today’s guest on our show is Rabbi Mark Gellman.

Rabbi Gellman is the Rabbi Emeritus at Temple Beth Torah in Melville, New York where he has served since 1981.  He earned his Ph.D. in Philosophy from Northwestern University in 1981 where he also completed doctoral work in the History and Literature of Religions specializing in Buddhism and Judaism. He is the recipient of many honorary degrees.

Rabbi Gellman writes a weekly column, “The Spiritual State,” for Newsweek magazine and the syndicated column,“The God Squad,” read by readers around the world.

Welcome to our show Rabbi Gellman.

Rabbi, during your time that you’ve been a Rabbi, and I understand that’s been decades now, have you counseled people with depression?

Yes, I have.  Although my general orientation, and I hope it’s the orientation of most clergy, is to refer people to professional psychiatrist or psychologists who specialize in this. It’s not something that clergy should enter, in general, because they’re not trained for it.

Once you’ve referred those people and they are treating with a psychologist, psychiatrist, or both, do the clergy have some role in comforting the people with spiritual support with this kind of condition?

One is what I would call “psychiatric first responders.” 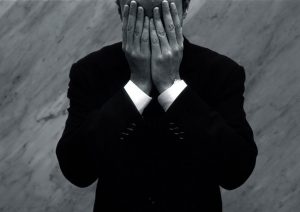 We’re the ones who first alert people to the fact that they are depressed and that they need some kind of professional treatment in order to get back to some level of functioning life. The second purpose which we serve as clergy, if we are doing our jobs well, and our calling well is to provide to the community a message of hope. The antidote to depression, of course, is hope. And in a communal sense, Rabbis can provide that hope. In fact, it is my view that the search for hope that is the primary motivator for people to affiliate with religious denominations and to seek personally their own way to God.  It is the search for hope, ultimately.

Many people who I speak to around the country, and myself included, I am a practicing Catholic, and so often in the throes of depression, or maybe even at the beginning, I would often ask God, “Why me?” I think that so many people, and maybe it’s true for any kind of suffering that afflicts people, ask that seminal question.  In your faith, and in your experiences, how do you respond to that?

There’s two reasons for that. First, they can think of a lot of reasons it’s happened to them. So, they know the reasons it’s happened to them. Second, the question, “why me,” presumes a kind of spiritual and ethical arrogance that most people are mature enough not to have.  By that, I mean the question, “Why me?” if you sort of unpack it a little, means, “I am so righteous, I am so good, I’ve done so much for the world, and for my family, and for my community, that my virtue is so enormous, that it should protect me against all evil.

Now, no one really believes that.

No one believes, in their right mind, in the list of the greatest human beings that have ever lived, Gandhi and Mother Teresa, that they should be No. 3.  I honestly don’t think people ask the question, “Why me?”

My approach has always been on two levels. One on a level of personal counseling to try to get people to find some resources to find some reasons to hope and I have some techniques that are very effective in that way. 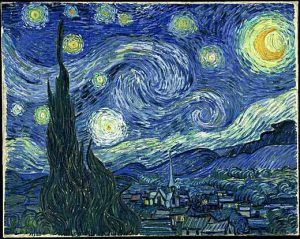 Second, in my teaching, to explain to people that there are two reasons why bad things happen to them.  The first is that they caused them to happen. People who have lung cancer after a lifetime of smoking really have no right to say, “Why me?” They did it to themselves. People who have neglected their physical fitness and have developed different pathologies that come from obesity or inactivity have done it to themselves.  So, much of what happens to us, that is evil, is self-produced.

The second reason why bad things happen is because of what Aristotle called, “natural evil”. That is just the way the world works. A Rabbi said a phrase, “Olam K’minhago nohgge,” which means the world goes according to its own order. It means if you’re walking along the street and a brick falls from a scaffolding and you’re underneath, it’s bad luck on you. But, that’s just the way the world works. If you happen to be in a place where a tornado hits, or a hurricane hits, it’s the way the world works and this natural order of the world is not evil.  It’s just the natural working of the laws of the world. A Tsunami is not evil. If a wave crashes over an uninhabited island it’s not evil. It’s only if people are there. Well, people choose to be there.  The point is there are things we do to ourselves and there are things that happen to us because the world is the way it is.

With respect to “the way the world is, would that include our bodies, our brains, and our genetics? There are now studies which show that many, many people, especially with the more severe forms of depression, have a strong genetic vulnerability to depression. Or, other people grow up in neglectful homes where they are neglected or physically abused.  Those people have high rates of adult-onset depression.  Can you follow-up on this?

Sure, I mean, sometimes you draw some bad cards. You draw environmental bad cards, you grow up in an abusive, deprived upbringing, and, in some cases, you draw a bad genetic card. But, I would say to both those things that there are ways that people overcome those inheritances.

For example, there are people who grow up in very, very difficult circumstances.  And for some reason, they are disciplined and hopeful, and they are able to move out into better circumstances for the rest of their life.   Other people surrender to the difficulties of their environment.  How do you distinguish between one and the other? Why is someone able to pull themselves up by their bootstraps and someone else isn’t from the same deprived neighborhood? So, something else is at work here.

As far as the genetic inheritance, it may be true, it probably, certainly is true, studies in schizophrenia certainly seem to indicate it is true, that there’s a strong genetic component to depression.  However, there’s a problem with focusing on that medical fact and the problem is that it gives people an excuse to wallow in their depression, to surrender to their depression.  Hey, look, I’ve known people who are obese, who say, “Look, I can’t lose weight because I’m genetically fat.”

The first is a personal understanding. I think it comes out of scripture, but not directly. 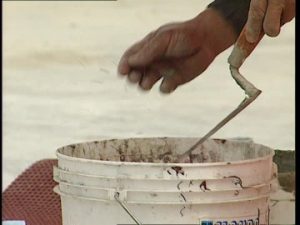 It’s a technique that I developed which I call, “spiritual balancing.” The history of this is that my wife and I, Betty, were living in Evanston near Northwestern University. We were remodeling an old house and the fellow that was helping us do some spakling was carrying two big containers of this spakle up the stairs and I said to him, “Why don’t you just carry one bucket up? Why carry two at once?” And he said, “Well, if I carry one it throws me off and it hurts my back.  If I carry two, it keeps me in balance and I can carry twice as much.”

For some reason, it was an epiphany for me.  It was a life-changing moment, just watching this guy carry spakle up the stairs. What I realized at that moment, and developed it as a counseling technique, and have spoken to psychiatric associations about it, is this technique of spiritual balancing. 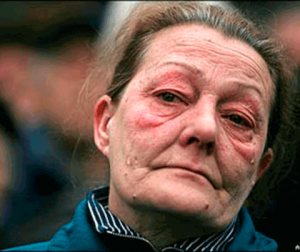 So it works this way. Someone comes to me and they’re depressed, they’re in grief, they’re in a bad place.  So I say, “Here’s what we’re going to do. We’re going to do five minutes of you telling me, in as much excruciating detail as you can, why your life is miserable. Five minutes.

And then, for the next five minutes, I want you to tell me why your life is wonderful. What are the wonderful things in your life. But it has to be for the same amount of time.

What I discovered quickly, using this technique, is that in the end, people felt much better, at the end of the counseling session. The reason they felt better was not that anything had changed, but that they had balanced the miserable, depressive thinking that they had, that had imbedded itself in their brain because of their trauma, with positive, endorphin producing, hopeful thoughts that were also in their brain, but they weren’t accessing them because they weren’t thinking about it.  They were obsessed with the loss.  That’s the purpose of the Psalms, of many different passages in the Bible which is to get you at the moment you are most depressed to thing about the goodness that is still in your life and to overcome that natural tendency to focus on your burdens by turning in a conscious way to a meditation on your blessings.

Then you will discover when you do this that there is not a single day in which you wake up where your blessings do not exceed your burdens – not one single day.