Ten percent of those diagnosed with seasonal affective disorder suffer symptoms at the brightest time of the year. The summer’s brutal heat, bright light, and long days can affect a person’s circadian rhythm and contribute to depression for the opposite reasons that winter conditions do. If you’re a Summer Hater, or just notice that your mood is affected negatively by the heat, here are some summer depression busters that may help you better tolerate these months — maybe even enjoy the 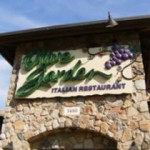