I’ve written a lot on stress, anxiety and depression in the legal profession, but not about the judiciary. There has been much commentary, research and Law Journal articles about what ails law students and attorneys — but not about judges.

I guess that’s not surprising.  In my work, I have spoken with scores of judges from all over the country.  It’s a noble, important calling in life.  But it’s also very stressful, demanding and . . . lonely.

In an article for Judicature magazine, psychiatrist Isaiah Zimmerman culled through twenty years of notes he accumulated from treating state and federal judges.  Here are the voices of the judges in their own words:

“Before becoming a judge, I had no idea or warning, of how isolating it would be.”

“Except for those very close, old friends, you cannot relax socially.”

“Judging is the most isolating and lonely of callings.”

“The isolation is gradual.  Most of your friends are lawyers, and you can’t carry on with    them as before.”

“When you become a judge, you lose your first name!”

“It was the isolation that I was not prepared for.”

“After all these years on the bench, the isolation is my major disappointment.”

“The Chief Judge warned me: ‘You’re entering a monastery when you join this circuit.’”

“I live and work in a space capsule – alone with stacks of paper.”

“Once you get on the appellate bench, you become anonymous.”

These weren’t isolated comments or small pockets of pedestrian sadness.  Dr. Zimmerman notes that about 70% of the judges he interviewed came up with these observations on their own. 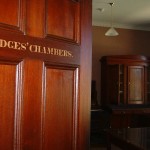 There are several things that contribute to a sense of judicial loneliness.  The Code of Judicial Conduct imposes restrictions on judicial behavior both in and out of the courtroom.  Judges must avoid the appearance of impropriety and thus must be cautious and keep an appropriate distance and bearing at social and bar events. There are good reasons to have these restrictions, but if a judge isn’t careful to live a balanced life, they can help trigger a profound sense of lonesomeness.

“Evidence has been growing that when our need for social relationships are not met, we fall apart mentally and even physically. There are effects on the brain and on the body. Some effects work subtly, through the exposure of multiple body systems to excess amounts of stress hormones. Yet the effects are distinct enough to be measured over time, so that unmet social needs take a serious toll on health, eroding our arteries, creating high blood pressure, and even undermining learning and memory.”

Given the pressures and isolation of the job, judges need to recognize the dangers associated with loneliness: unhappiness, discontent, health problems and perhaps . . . depression.

Judges are supposed to be problem solvers in black robes; not human beings with psychological problems of their own.

Given the position that judges occupy in our society, the stigma around disclosure to others –and perhaps getting treatment for clinical depression — is much, much greater.

One psychiatrist I know who treats judges told me that judges request very early or very late weekday or weekend appointments.  Moreover, they ask not to be scheduled before or after another lawyer or judge and pay in cash so as not to attract attention or leave a paper trail.

For the first ten years of my career, much of my practice was spent litigating cases in state and federal courts in New York City.  One of my best friends from those days is now a judge.  When I decided to go public with my depression eight years ago by writing an article for Trial magazine, my friend called me for dinner to catch up on things.  He wanted to know how I was feeling and expressed concern about my plans to go public about my depression.

We kept in contact with dinners and phone calls over the next eight years, but over time our conversations centered less on my depression and well-being and more on his.  You see, my friend the judge disclosed to me that he was suffering from depression and had tried to commit suicide some years before.

I think he felt he could trust me.  Moreover, I think my disclosure gave him implicit permission to talk about his pain and struggles; a hurt only his therapist and wife knew of.  He spoke of the loneliness of his job and how he missed the collegiality of his old large firm.  But, he said that on the balance, he’d rather be a judge and didn’t regret his change in vocation; a move from the courtroom to the chamber.  He liked his job, enjoyed the intellectual challenge and the chance to do justice.

The statistics on lawyer depression are deeply troubling.  They suffer from depression at a rate twice that (20%) of the general population.  As such, about 200,000 of this nation’s 1 million lawyers are struggling with depression right now.  No studies have been done on judicial depression. 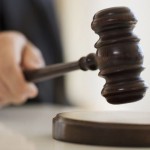 There are 1,774 federal level judges in the U.S. Were you to plug in the 20% depression rate we see with attorneys to the number of judges; approximately 350 judges across America are suffering from depression. Even though there haven’t been any studies of judicial depression, why would we expect the 20% rate to be any different than that found with attorneys?

I couldn’t find any statistics on how many state judges there are in the U.S.  New York State has 1,250.  Were you to plug in the 20% depression rate we see with attorneys to the number of these judges, approximately 250 of the Empire State’s judiciary are suffering from depression.

This isn’t sadness or burnout, but true clinical depression.  Sometimes, we confuse being down in the dumps with depression. They’re really not the same thing – not even close. Here’s how psychologist Richard O’Connor, best-selling author of the book Undoing Depression, distinguishes it:

Perfectionism is also an indicator for depression.  In his article Even Judges Get the Blues, Judge Robert L. Childers writes:

“Because of the weight of public expectation, judges generally feel that they should be perfect.  Not only do they feel that they should be fair, impartial, and make the right decision 100 percent of the time, but the public expects this of judges as well, as do the lawyers who practice before them.  This can create undo pressure for judges and, consciously or unconsciously, keep judges from admitting or recognizing the signs of debilitating disease.”

An article from the ABA Journal, Perfectionism, Psychic Battering’ Among Reasons for Lawyer Depression, states: “Lawyers [and judges] are taught to aim for perfection, to be aggressive and to be emotionally detached. They ‘intellectualize, rationalize and displace problems on others’ . . .. They don’t take direction particularly well. They tend to have to have fairly elaborate denial mechanisms. And they tend to challenge anything they’re told.”  In another article from the ABA Journal, it notes that when combined with depression, perfectionism makes it harder for a person to seek help.  And in the worst case scenario, leads to suicide.

Depression is a multifaceted illness that has several different causes – some genetic, some physical and some emotional.  In the depths of my depression, I felt very alone – like I was trapped at the bottom of a dark well.

I’ve found that loneliness and depression often travel the same road.  This creates a lot of problems because the two can feed off one another.

According to psychologist Dr. Reena Sommer:

“Depression is a problem that often accompanies loneliness. In many cases, depressive symptoms such as withdrawal, anxiety, lack of motivation and sadness mimic and mask the symptoms of loneliness. In these cases, people are often treated for depression without considering the possibility that loneliness may be a contributing and sustaining factor in their condition.”

Generally, the debilitating symptoms of depression can usually be managed with antidepressant medication. But when the underlying loneliness is ignored or overlooked, the depressive-like symptoms will probably continue. Unless the reasons for loneliness and depression are separated out, it can easily turn into a ‘chicken and egg’ situation where depression leads to loneliness, and loneliness leads to depression.”

While depression might not be our fault, it is our responsibility to get better.  We need to start behaving and thinking in constructive ways.  Here’s some food for thought for those on the bench:

If you or a judge you know might be suffering from loneliness and/or depression, please forward this article to them.  Here’s a list of depression’s symptoms and a self-test from the Mayo Clinic.