Depression blogger, Therese Borchard writes: “In deciding whether or not to push yourself, you must first ask yourself if you are doing this thing — a job, a new class, having lunch with someone — because you WANT to do it, or for other reasons.”  Read the Blog

Depression blogger Therese Borchard writes, “It happens every year. As I watch the first golden leaves fall from the oak tree outside our house and listen to the sound of the cicadas ushering in autumn, my anxiety spikes. I used to think I was relapsing into depression, but having been through this year after year (and documenting it in my mood journal), I now know I’m just going through my annual bout of autumn anxiety: a nervous feeling in my gut that begins the last week of August and continues through the first weeks of September”. Read her Blog 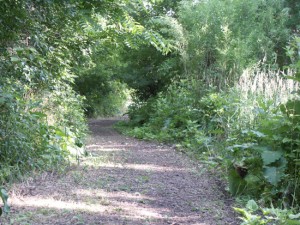 Here are important things to check into when you find yourself in this position.  Read the Blog

Blogger Therese Borchard writes, “Living with chronic depression demands an acceptance of one’s condition and a willingness to learn to live around lasting symtoms”.  Find out her six tips about how to do just that. Read the Blog

Depression blogger, Therese Borchard writes about her recent visit to a holistic health fair and concludes that while holistic doctors and naturopaths offer valuable advice and treatment, it’s only part of a very complicated puzzle of what works for each individual.  Read the Blog

From depression blogger, Therese Borchard, six great insights into how you can cope with your clinical depression.  Read the Blog

When depression strikes, it helps to be realistic about what you can and cannot do.  Read the Blog

In Catholic circles, there’s something known as the “dark night of the soul,” a type of despair known to have afflicted Mother Teresa.  But is this experience the same thing as clinical depression?  Do they share anything in common?  Read the Blog