About a year ago Dan invited me to submit a guest article for his website. I felt honored and immediately accepted. The invitation coincided with the twentieth anniversary of my depression diagnosis, and I’d been reflecting on my experience with depression over the past two decades. It seemed like the ideal opportunity for me to offer others the benefit of my hard-earned wisdom and experience.

But that didn’t happen, at least not the way I originally intended. When I sat down to write, the words didn’t flow. As a former teacher who’s taught communication courses at three major universities, and as a practicing attorney who prides himself on his ability to write quickly and well, this experience was unusual and disconcerting. When my students would tell me they were having trouble writing a paper or preparing a speech, I told them it was most likely because they didn’t understand the subject matter well enough. I came to realize that was a big part of my difficulty too. That and being guilty of not practicing what I wanted to preach. 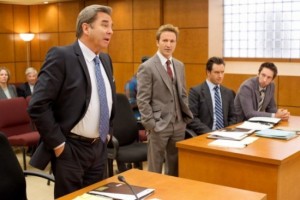 I remember clearly the day I first went to see a psychiatrist. For several months I’d felt overwhelmed at work. As an associate in a successful litigation-oriented law firm, I considered myself fortunate to have the opportunity to work on a number of complex, high-exposure cases. I appreciated the confidence the partners had in my ability, and I wanted to prove I was worthy of their trust. I also wanted to demonstrate to my clients that I was more than capable of assuming primary responsibility for their cases and obtaining the best possible results for them.

At the same time, my marriage was deteriorating. My spouse and I met and married in graduate school. When I grew dissatisfied with my work in academia, she suggested law school. I’m from a family of lawyers, and we both saw this as a good career option for me and a positive move for our relationship. But while the law school years were mostly happy ones, things changed when

I entered private practice. The hours were long and my schedule was less predictable that what we’d become accustomed to. We spent less time together and our relationship became even more strained. Work and home life grew increasingly stressful, and I reached the point where I knew self-help was not enough. That’s when I called a psychiatrist I’d worked with on a few cases and had gotten to know fairly well. 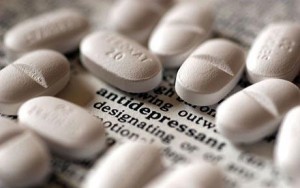 Looking back, my story must have sounded familiar and rather mundane to the psychiatrist – an ambitious young lawyer working hard to establish himself and provide for his family who felt he could handle an ever-increasing level of stress, until he couldn’t. We talked for about twenty minutes that day before he walked over to a cabinet in his office, opened the door and tossed me a sample box of medication. He told me I was suffering from depression, and that I should take the antidepressant he gave me and come back in a week.

I felt oddly elated when I left the psychiatrist’s office. I had not only a clear diagnosis but a simple way to treat my depression – take a pill! I took my first dose that day after lunch. At the time I thought the medication would solve most, if not all, of my problems. It did help, but not as much as I’d hoped. And there were side effects. I tried other antidepressants and found optimizing the benefit-to-side-effects ratio was tricky. Starting, stopping and changing medications was frustrating for me and for my spouse, who was not depressed and didn’t seem to understand or sympathize with my struggle.

During this time I read a lot about depression, and fortunately one of the books I found early on was Dr. Richard O’Connor’s Undoing Depression. To me, it is still the best single book written about depression for a lay audience. Dr. O’Connor’s academic training, his years of working with clients and his own personal experience with depression have given him a depth of knowledge and understanding that rings true to those of us who seek to identify and replace our “skills of depression” with healthier and more adaptive alternatives. It’s the first book on depression I recommend to friends and colleagues, and it’s one I find myself returning to from time to time for inspiration and guidance. 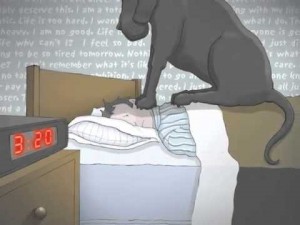 I would like to tell you that as the result of therapy, medication and self-help I beat depression and have lived happily ever after. But anyone who’s struggled with the “Black Dog” knows that’s not how things usually go with depression. As Dr. O’Connor noted in a recent article for this website, “[t]he ugly fact is that depression is very likely to reoccur. If you had one episode of major depression, chances are 50:50 that you’ll have another; if you have three episodes, it’s 10:1 you’ll have more.”

No one suffering from depression wants to hear those statistics. We all want an easy solution, whether it comes in the form of a pill, or a few sessions with a therapist, or just enduring the depression until it simply goes away on its own. And for some that approach works. I know one professional colleague who years ago had a single episode of major depression precipitated by marital discord and divorce. He sought professional help and took medication for a period of time until he regained his emotional equilibrium. To the best of my knowledge, he has remained depression-free ever since. But in my experience, and in the experience of many people I’ve spoken with over the years, my colleague is unfortunately atypical.

We’ve known for a long time that lawyers suffer from depression at a far greater rate than the population as a whole. A recent CNN article reiterated the now-familiar finding that lawyers are 3.6 times more likely to suffer from depression than non-lawyers. The same article reported data from the Centers for Disease Control and Prevention indicating that lawyers have the fourth highest rate of suicide among professions, trailing only dentists, pharmacists and physicians.

In an adversarial profession where there are “character and fitness” requirements for licensing and acknowledging depression may be seen as a career-threatening sign of weakness, barriers to treatment and recovery can seem insurmountable.

While the reasons lawyers are particularly vulnerable to depression are varied and not fully understood, it is clear that from a mental health perspective law is a high-risk profession. It is also becoming clearer that the risk of becoming clinically depressed increases the day a student starts law school. A study by Dr. Andy Benjamin of the University of Washington estimated that thirty two percent of law students suffered from depression during their first year in school. That figure rose to forty percent by the time the students graduated. For this reason early education for law students about this “peril of the path” is essential. In his post titled “In the Beginning: Depression in Law School,” Dan shares this excerpt from correspondence he received from Dr. Benjamin:

Few of us, if any, who practice law and who’ve been directly or indirectly affected by depression would take issue with Dr. Benjamin’s conclusion. We’ve made progress in terms of improved awareness, education and professional attitudes toward depression, thanks in large part to lawyers like Dan Lukasik and clinicians like Richard O’Connor who’ve had the courage to share their own experiences with depression. But the legal community has a long way to go, and for the most part depressed lawyers must fend for themselves with little or no support from their professional peers.

So, returning to my theme, what have I learned in the past twenty plus years about living and practicing law with depression? Many things, but perhaps the most important is that depression is persistent and change is hard. As Dr. O’Connor has explained so well, we get good at “doing depression” and our patterns of depressive behavior tend to be self-perpetuating. “Depression is highly treatable,” he wrote in a recent guest blog, “but if you want a lasting recovery you have to change your life.” And how do we effect meaningful, lasting change in our lives? According to Dr. James Hollis – author, therapist and student of Carl Jung – we need to cultivate the skills of insight, courage and endurance.

“To develop insight we must begin to see the causes of our depression and the ways in which we perpetuate it through our patterns of thinking, behaving and relating to others. Therapy, self-help literature and self-reflection may all play a role in this process. And while insight is essential to effecting positive change, it is not sufficient. We must act on our insight, and to do that we need both the courage to step out of our comfortable but dysfunctional patterns and the endurance to stay our course once we find it.”

One of the most valuable insights one can have about depression is that insight isn’t enough. I used to think it was. When I was diagnosed with depression and began to learn about it, I tacitly assumed that as I gained insight into my condition my life would quickly and magically change for the better. It didn’t. I’ve learned that many other people have made the same assumption without being aware of it. It would be wonderful if having insight into our depression turned off the symptoms the way flipping a switch turns off an electric light. But experience teaches us that our depression switches will flip back on unless we take appropriate and persistent action.

No sensible person would choose to have depression. I didn’t. But since we are not given any real choice in the matter we must learn to accept and live with it in the best ways we can manage. I like to think I’m a stronger, more resilient, and perhaps even “better” person because of my experiences with depression. It hasn’t always been easy, or fun, but there is satisfaction to be found in accepting the ongoing challenge and continuing to rise to it.

Perhaps Rainer Maria Rilke offered the best and most succinct advice when he wrote:

Let everything happen to you

No feeling is final.

By William B. Putman, Esq.

Bill is a 1991 graduate, with honors, from the University of Arkansas School of Law and a partner at Taylor Law Partners in Fayetteville, Arkansas.

7 thoughts on “What I’ve Learned About Depression: A Lawyer’s Journey”