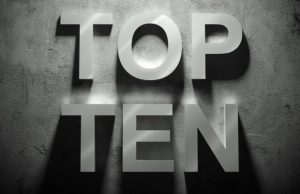 Films can teach us a lot about depression.  Not only can they provide information.  They can also move us emotionally by drawing us into the subject with interviews, animations, and other techniques that aren’t amenable to books.  Here are my favorite videos that address the topic of depression.

I came across this short video recently.  And was very moved.  It captures, with sublime music and moving images of a young woman, her struggles with clinical depression and the loneliness she endures. Powerful. Over four million people have viewed it. Running time is 3 minutes and 22 seconds

END_OF_DOCUMENT_TOKEN_TO_BE_REPLACED

The abject pain of clinical depression is magnified expontentially when one considers that sufferers usually blame themselves for their plight. “What’s wrong with me?” is a common refrain.  Most people with depression feel “bad” to their core.  They can’t always articulate why this is so, but they know that they can’t shake their own self-condemnation.  There is no place to hide from it, no true rest for the weariness it brings.  We lay awake at night and hope that tomorrow it will be better.

I had a conversation last week with a mental health professional who asked me, “What in the world do lawyers have to be depressed about?  They’re rich and powerful.  Lawyers should stop complaining and realize how good they have it.”  Yet a lack of gratefulness has little to do with depression.  I used to recite a list of things I had to be grateful about – and there were many – but it all fell on depression’s deaf ears.

When others tell us to “snap out of it,” we may buy it hook, line and sinker and even believe that they know what they’re talking about.  Well-meaning friends may try to reign in our sorrow by suggesting that they can identify with our suffering.

In her book about her own depression, An Unquiet Mind:  A Memoir of Mood and Madness, psychiatrist, Kay Redfield Jamison writes:

“Others imply that they know what is it is like to be depressed because they have gone through a divorce, lost a job, or broken up with someone.  But these experiences carry with them feelings. Depression, instead, is flat, hollow, and unendurable.”

Such attempts by others, even when well intentioned, always brought about a deep sense of loneliness in me.  I had, like most people, gone through my fair share of difficult experiences in life like losing a job.  But this experience – this blast furnace of melancholy – was not that.  We get over losses in our lives, we adapt.  We can’t just “get over” depression.

There is a sense that we have been rear-ended by depression; out of seemingly nowhere, our lives are crashed into and changed forever.  In a very real sense, we will never be the same.  Some will recover from their depression, many will not.  That’s not a very popular thing to say, but it’s been my experience from talking with hundreds of lawyers from around the country who I’ve been privileged to share with.  For many, recovery will be an on-again off-again sort of affair.  They will have to work hard to recover and make lots of effort to stay healthy.

Part of the reason why too many lawyers don’t get better is simple:  most don’t get any form of treatment for their depression.  A study by the National Institute of Mental Health revealed that as many as 80% of people in this country get no form of help whatsoever.  Looking out a window, I wonder how high the rate is for lawyers.  It’s most likely a mixed bag.  While it’s true that people from a higher socio-economic class tend to get treatment – mostly because of their access to good medical care – most attorneys still don’t because of the stigma associated with mental illness.

Such shame – dumped on people from others and the self-inflicted variety – is particularly deep for lawyers.  This is so because of the myths surrounding their internal world.  Lawyers feel like they’re supposed to be veritable Supermen able to bend steal and solve all manner of a clients’ problems without wrinkling their power blue suit. If they’re in pain, they’re told to “suck it up.”  We live in a nation of winners where, deep down, many feel like losers.

What’s a depressed lawyer to do?  First, one must stop blaming oneself.  This is tough because most people with depression have been living with this cognitive distortion for a long time – maybe their whole lives – and this corrosive self-talk promotes the viscous cycle that is clinical depression.  If one can’t stop blaming oneself for having depression, it’s tough to get better.  Little by little, we need to learn to let that bullshit go and start walking a healthier path.

The poem, The Journey, by Mary Oliver, captures some sense of this path for me.  I hope it will for you.

One day you finally knew

what you had to do, and began,

though the voices around you

though the whole house

and you felt the old tug

But you didn’t stop.

You knew what you had to do,

though the wind pried

with its stiff fingers

at the very foundations,

It was already late

enough, and a wild night,

and the road full of fallen

But little by little,

as you left their voices behind,

the stars began to burn

through the sheets of clouds,

and there was a new voice

recognized as your own,

that kept you company

as you strode deeper and deeper

the only thing you could do – –

the only life you could save.