1. To be diagnosed with major depression, you need the following: a depressed mood or a loss of interest or pleasure in daily activities for more than two weeks; mood represents a change from the person’s borderline mood; impaired function: social, occupational and educational.  Then it make a laundry list of specific symptoms. You needed to have five of these nine, present nearly every day: depressed mood nearly every day, decreased interest or pleasure in most activities, significant weight change or change in appetite, change in sleep, change in activity, fatigue, feelings of guilt or worthlessness, difficulty concentrating and thoughts of death or suicide, or has a suicide plan. 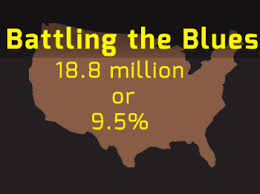 2. Roughly 19 million people in the United States suffer from depression every year.

3. At some point in their lives, about one in four Americans will experience depression.

4. Women are twice as likely to suffer from depression than men.

5. People who are depressed are more prone to illnesses like colds than non-depressed people.

6. The main risk factors of depression include past abuse (physical, emotional, sexual), certain medications (drugs that treat high blood pressure), conflict with family members or friends, death or loss, chronic or major illness, and a family history of depression

7. Globally, more than 350 million people of all ages suffer from depression.

9. Depression affects all people regardless of age, geographic location, demographic, or social position.

12. Major Depressive Disorder is the leading cause of disability in the U.S. for ages 15-44.

13. While major depressive disorder can develop at any age, the median age at onset is 32.

14. Symptoms of dysthymic disorder (chronic, mild depression) must persist for at least two years in adults (one year in children) to meet criteria for the diagnosis.

15. Dysthymic disorder affects approximately 1.5 percent of the U.S. population age 18 and older in a given year. This figure translates to about 3.3 million American adults. 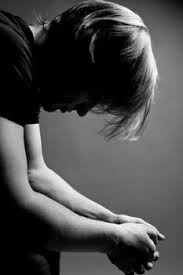 16. The median age of onset of dysthymic disorder is thirty one.

17. Symptoms of bipolar disorder include wide swings between mania and depression.

18. Bipolar disorder affects approximately 5.7 million American adults, or about 2.6% of the U.S. population age 18 and older in a given year.

19. The median age of onset for bipolar disorders is 25 years.

22. Suicide is the sixth leading cause of death in America and more deaths are attributable to suicide than death by handguns.

23. More than 90% of people who kill themselves have a diagnosable mental disorder, most commonly a depressive disorder or a substance abuse disorder.

24. 15% of those who suffer from some form of depression take their lives each year.

25. Four times as many men as women die by suicide; however, women attempt suicide two to three times as often as men.

27. Depression can occur to anyone, at any age, and to people of any race or ethnic group.  Depression is never a “normal” part of life, no matter what your age, gender or health situation.

28. Unfortunately, although about 70% of individuals with depression have a full remission of the disorder with effective treatment, fewer than half of those suffering from this illness seek treatment. Too many people resist treatment because they believe depression isn’t serious, that they can treat it themselves or that it is a personal weakness rather than a serious medical illness.

29. “In the last 5 years, American employers have lost over $150 billion of productivity to depression alone. That is more than the GDP of 28 different States during the same period.” – Former Congressman, Patrick Kennedy. 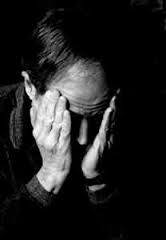 31. Men typically experience depression differently than women and use different means to cope. For example, while women may feel hopeless, men may feel irritable.  Women may wish to share their suffering, while men may become socially withdrawn or become violent or abusive.

33. Freud, who revolutionized the practice of psychiatry with his theories of the unconscious, postulated that depression comes from anger turned inward

34. Researchers have found a direct relationship between depression and the thickening of the lining of the carotid artery in women, a major risk factor for stroke.

35. Sufferers of depression may experience more cognitive impairment on less sunny days than on sunny days.

36. Post-partum depression, or depression after the birth of a child, affects about 10% of new mothers.

37. People with depression are five times more likely to have a breathing-related disorder than non-depressed people.

38. The lifetime risk of developing depression in those born in the decades after WWII is increasing.  The age of onset is becoming increasing younger.  Today the average age for the onset of depression varies between 24-35 years of age, with a mean age of 27.

40. Seasonal affective disorder (SAD) is the term for depressive periods that are related to a change of season.  SAD is four times more common in women than in men.

41. People with depressive illnesses do not all experience the same symptoms.  The severity, frequency and duration of the symptoms will vary depending on the individual and his or her particular illness.

44. “The cost, in terms of direct treatment, unnecessary medical care, lost productivity, and shortened life span, was estimated at $83 billion dollars a year in the United States alone for the year 2000”.  Richard O’Connor, Ph.D.

45. Only a third of people with long-term depression have even been tried on antidepressants, and only a small number of them have ever had adequate treatment. 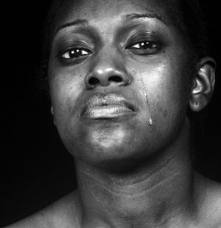 46. 189 million prescriptions were written for antidepressants alone in 2005.

47. The percentage of adults on antidepressants between 1994 and 2002 tripled.

48. Living in overpopulated areas and taking in too much information (which could, for instance, include being on the inter net too much) are common causes of depression

50. Researchers at New York University established that depression destroys nerve cells in the front part of the cerebral cortex, which is responsible for optimism.

51. 34% of people living with depression reported that first experienced symptoms of depression before age 18. Across the life span, the difference in discernment was a mean of 12 years.

53. 20% percent of people living with depression reported that they first received psychotherapy or counseling before age 18; 21 percent between ages 19-29; and 18 percent between the ages of 30-39.

55. 60% of people living with depression rely on their primary care physicians for treatment rather than mental health professionals. This has implications for professional education, particularly in prescription and monitoring of medications.

57. 35% report being extremely or very satisfied with current treatment; however, a similar amount 33% report dissatisfaction.

58. Alternative strategies are reported to be very helpful. These include prayer, physical exercise, animal therapy, art therapy and yoga.

59. Although only about 20% of people living with depression have used animal therapy, 54% found it “extremely” or “quite a bit” helpful.

60. 5% of people living with depression currently use nutritional or herbal remedies, but of the 27% who have tried them, only 8% have found them very helpful. However, this contrasts with 23% of the caregivers who believed they were helpful for the person in their care.

61. Major depression is 1.5 to 3.0 times more common among first-degree biological relatives of those with the disorder than among the general population.

62. Addictive drugs affect the same areas of the brain involved with depression.

63. Antidepressant medications currently account for $11 billion in drug sales in the US and are the third most commonly prescribed medication.

64. One in ten Americans are on an antidepressant, and this rises to one in five women between 40 and 59.  60% take them for two years or more.

65. 71% of Americans say that they do not know much about depression.

66. 20% of Americans surveyed feel that depression is a personal weakness.

67. 23% of Americans said they would not tell others if a family member were diagnosed with depression.

68. “The term clinical depression finds its way into too many conversations these days.  One has the sense that a catastrophe has occurred in the psychic landscape.”  – Leonard Cohen, songwriter