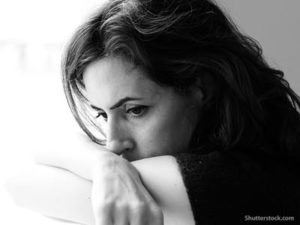 Recovery from depression depends in part on what you believe is possible for the future. If you are to recover at all, you have to take action at some point. It could be a series of small steps about your daily routine – eating breakfast, walking out the door to get fresh air and natural light, making a point of talking to someone each day.

Or it could be much larger, like going to a psychiatrist and starting treatment, regularly meditating, exercising frequently, taking long walks. Whatever it is, you need to feel motivated to overcome the inertia, to stop the loss of warming energy to the cold stillness of depression.

To feel motivation, you need to believe, however tentatively, that you can change for the better, to expect recovery from the worst symptoms. You’re likely to hit a lot of barriers, though, that make it hard to keep up positive expectations.

When you expect to fail, it often happens that you stop taking action to help yourself recover. The deeply ingrained habits of depressive thinking and belief can quickly take over. You might start making rules and setting goals.

If recovery is not total and permanent, it’s not recovery. Treatments can’t fail, depression relapse can’t happen. You can’t be recovered if you’re still on medication. You have to get better in six months or a year, or some fixed period of time.

Of course, the rules and goals are entirely your invention, but they’re part of the expectations you feel in your gut. If you can’t meet them, the disappointment confirms your deepest conviction that you can never succeed. 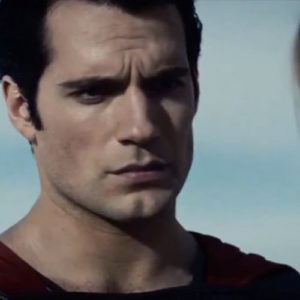 Depression wins again. You believe recovery can’t happen for you and stop taking action, stop trying at all.

Does that sound familiar? It’s one of the many problems I ran into. I stumbled around for a long time, expecting either too much or too little. Many of my expectations were purely self-defeating, no matter how optimistic I felt at the outset.

For a time, I expected that recovery would happen quickly when I started taking medication. The first antidepressant I tried actually did restore me almost immediately. I felt a wonderful energy. I was back to my old self again. But that lasted only a couple of months. Thereafter I spent years moving from one antidepressant to another, perhaps feeling a little better, usually getting no relief at all.

So the hope for fast recovery was disappointed and gave way to a desperate feeling that there was no treatment out there that could possibly help. I expected that recovery would come to me from outside. I would be rescued.

For every other treatment I tried, I had the same expectation. An effective treatment should turn me around in a short time. None of them did. None of the forms of psychotherapy I tried, none of the mental or physical workouts I put myself through.

My belief had an all-or-nothing quality about it. That’s not surprising since thinking in those terms is one of the hallmarks of depression. But I couldn’t see the expectation itself as a symptom. I repeated that same cycle many times. Unrealistic hope gave way to unrealistic despair.

I thought that learning as much as I could about depression would lay the groundwork for recovery, and I thought that talk therapy would rid me of the destructive influence of the past. Both did a lot of good, but depression has a way of poisoning any expectation of positive change.

At first, learning about depression was a great help. I could identify many symptoms that I had never linked to depression and see that the pattern of the illness often matched my experience. This knowledge was a relief and provided hope because I knew I wasn’t alone and that many certainties I used to have about myself turned out to be common effects of depression.

But the more I learned about the extent of depression’s impact, the more I came to expect that the severe, recurrent form of the illness I had was irreversible. Changes in the size and activity of key brain structures and the self-sustaining nature of the illness after years of recurrence seemed to doom me.

Then there were the increased risks and probabilities of dying sooner from a variety of illnesses. Those of us with this type of depression were at greater risk to develop heart disease, lose bone mass and suffer a stroke. We have more pain, and our immune systems are compromised.

We’re at the worst risk for all this if depression started in childhood and was not treated until recurrence had become well established. We also lived in dysfunctional families of origin and had family histories of depression. 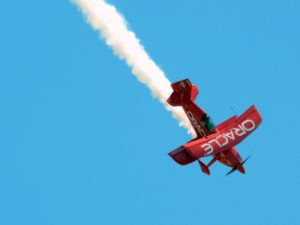 I fit the profile perfectly! Another nosedive. I could see myself only as a statistic, not as the person I am. Increased risk, no matter how small, became a certainty in my mind.

For a while, psychotherapy had a similar effect. I came to feel doomed by my past. Depression had come back so many times that I felt resigned to its never-ending recurrence. Talk therapy helped at first by pushing me to many breakthrough insights about the influence of my childhood on my life as a grown man. I could see the source of patterns of behavior and ways of thinking about myself that had been self-protecting strategies when I was a kid but had now become self-defeating.

Despite the benefit of understanding these links, depression kept returning. Doomed again.

Resigning to a lifetime of depression became my new self-protecting strategy. Expecting nothing meant taking no risks and never feeling the crush of disappointment.

A number of things helped turn me around, but better than any illustration from my life is a powerful anecdote that Michael Yapko tells in his book, “Breaking the Patterns of Depression“.

One day, a woman guided her husband into his office. The man was so depressed that he wouldn’t even open his eyes. He had sunk into a deep depression following heart surgery. Despite the success of the operation, he believed that he was going to die. No reasoning by the cardiologist or psychiatrist could shake this expectation.

He knew what he knew, and any effort to do anything would only hasten his death. So he avoided any chance of activity or engagement by keeping his eyes shut and not saying a word all day every day. His wife had to care for his every need and even call to him from wherever she was in the house just to see if he was still OK. She answered the therapist’s questions for him.

Yapko decided to drop any effort to reason with him and instead castigated him for putting such an unfair burden on his wife. The man protested at that but agreed to a homework assignment. Instead of forcing his wife to call out to see if he was alive, he agreed to use a timer and call out to her every fifteen minutes that he was still there.

So every fifteen minutes, day after day, he faithfully called out to her: “I’m still alive.” 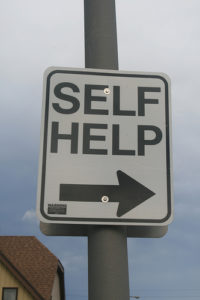 The constant repetition of those three words gradually influenced his perception of himself and his expectation about the future. He started doing things to help himself, and that proved to be the turning point.

My story and yours are different from his, but this anecdote moved me to tears. Something like this happened to me, not through a single method, but more gradually until the hopelessness came to an end. I started believing – cautiously – that recovery was not only possible but already underway.

That’s why I attach such importance to the power of expectation. The shift in perception and belief made all the difference in convincing me that I could do something to turn my life around.

What do you expect for the future? Have you found a way to imagine and believe that you can have a better life no longer dominated by depression?

By John Folk-Williams. John is the creator of the blog, The Storied Mind. This blog first appeared on John’s website.

1 thought on “Recovery from Depression: The Power of Expectation”