Reversing the downward spiral of depression takes less energy than you think.

Depression and loss of energy — it is the beginning of a waiting game that does not end well.

Sometimes depression is born from loss of achievement, loss of goals, and loss of positive feelings about oneself. When low energy plays a role, a person who is not blessed with high drive and physical energy can see a spiral into depression start quickly. But even people with more energy lose it while bearing the weight of the losses. And, without a lot of energy, people begin to wait for things to get better around them rather than take action to make a change.

Spiraling — the word makes it seem like a gentle way to go down, but when it comes to depression, going down is hard to stop, and once at the bottom, reversing the spiral takes intention and support. I hear about this often from my younger depressed clients — those adults who started out of high school or college ready to be successful but who found the world did not fulfill the vision they had. 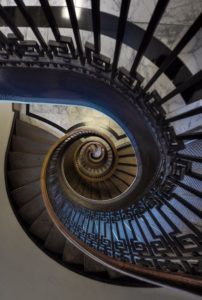 Jeremy (not his real name) was one such young man. He never had to work too hard to get a passable grade point and was popular enough to have a solid romantic relationship. He was ready happy with his life. But, as commonly happens, the college romance did not last, which made him feel down in the dumps. Then the company he worked for, facing hard times, cut his hours. He now did not earn enough to live on but he expected the company, not himself, to change and he took no action. He waited for work to increase his hours, but in the meantime, he felt like a failure, and the waiting sapped him. His self-esteem, already suffering from being single again, took another hit as he saw his money dwindle to nothing. He started to isolate himself from friends without funds for fun and without a date to go along. Waiting was his enemy. Without meaningful activity beyond limited work hours, that isolation increased his depressed mood.

Waiting also intensified the mental and physical fatigue, so he slept later in the morning since he did not have to get to work early. He began to think he had a lot of time every day to work on his situation, so he did not start on possible job hunting and, as the day melted away, it was too easy to let himself decide that tomorrow was a good day to start fresh. But that waiting also increased his fear that nothing could change and his mood became very depressed. That depression and his situation robbed him of the very things he needed to reverse the spiral: meaningful work (purpose, as well as money), positive interactions with others, pride in his achievements, sense of competency, and a feeling of being loved.

This spiral is one I have seen repeatedly in young adults who have not met with easy success out of high school or college. They often did not have to work at jobs during those years to obtain phones or cars or clothes or do costly activities, such as attend concerts or sporting events. One young man I worked with as he finished high school, Casen (again, a pseudonym), felt literally terrified of applying for a part time job so that he could begin developing job skills and a resume and have some spare cash. Without classroom demands, he moved into waiting mode: waiting to apply to community college, waiting for a job that might fall into his lap. (The job that a friend would provide not that Casen would go search for since the friend said he could get his boss to hire Casen). Waiting did not bring him the job or the college acceptance letter, and he felt even more scared and more depressed. And he judged himself rather mercilessly: believing he would never succeed. That negative mindset robbed him of even more energy, and the more time he spent watching shows on his laptop, the less energy he had to reverse the downward spiral to depression.

What can be done about this? It is typical that an outside force will help. If you are reading this you might be saying to yourself phrases like, “Yeah — the outside force of getting evicted or starving! That would work!” If so, you would be correctly identifying motivators! At times, though, a person in a downward spiral ends up living with family or friends who are being helpful to them in averting disaster, but the pattern of waiting on something outside themselves does not change until motivation can pick up.

How is it possible to reverse the spiral? Raising energy is a primary initial goal — with or without motivation. To start the spiral on an upward trend, simply:

Stop telling yourself negative things: you only reinforce the belief they are true. Interfere with negativity, saying, “Stop! I choose to believe I will solve this!” 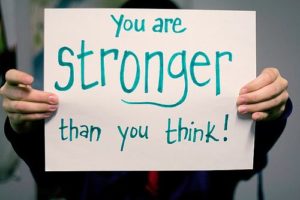 Stop isolating. Get in contact with people, any interaction with others will help you also get outside of your own negative thoughts or mood.

Stop talking about your own life for a short while. When you only ruminate on your troubles, they seem larger. Ask someone else about his or her life. Hearing about another’s life, you can look at your reactions. I love the saying that troubles shared are cut in half and joys shared are doubled.

Then start the upward spiral with attention to developing a sense of purpose. Don’t assume this is a deep spiritual quest. In fact, it can be initially as simple as scheduling your day and meeting some regular commitments. An important brain change toward a less depressed mood occurs results from intentional activity. You get a blip of glutamate, an activating neurochemical, and one of dopamine, the feel-good neurochemical, and the combination is energizing. The bigger the step you take, the more you get. And any action will supply enough energy to do a little more.

If you are underemployed — set a daily schedule that begins with a reasonable wake-up time.

Have a pattern to the day what news show you listen to or watch when you have your coffee when you feed a pet or meet a friend for tea.

Leave the house — you might have to start with leaving your room and interacting with others in your home- but forcing yourself toward less isolation is important.

At work, be sure to talk to your colleagues and ask them how they are; It improves the chance of a positive social exchange that can increase your self-esteem a bit and moves the spiral upward a fraction.

Set small goals — like walking the dog an extra 5 minutes — and notice you achieved them. There’s a bit more glutamate and dopamine!

Do something physical. When you move your depressed body you gain energy rather than lose it, so even a few minutes of tidying up can raise enough energy to do a bit more.

The above ideas tend to work best when you are working with another person who supports you, such as a therapist, a 12-Step sponsor, or a good friend who knows your goals and will help you keep track of them.

As you stop the waiting game — that passive waiting for life to change without you doing something to change it — the spiral reverses. You will be surprised that you will slowly feel your energy rise so you will be more able to take the next steps toward success.

Dr. Wehrenberg is the author of 5 books published by W.W. Norton, including The 10 Best Ever Anxiety Management Techniques, The 10 Best Ever Depression Management Techniques and her most recent 10 Best Anxiety Busters, an ideal book for the general public. She earned her M.A. studying psychodrama and bioenergetics, and had years of experience as a certified drug and alcoholism counselor, before earning her Psy.D. She now specializes in treating anxiety and depression and has a private practice in Naperville, IL. She is a frequent contributor of articles to The Psychotherapy Networker magazine, has contributed a chapter to Clinical Pearls of Wisdom (Ed. M. Kerman), and has produced CD for breathing, muscle relaxation and imagery for anxiety management. Check out her website at www.margaretwehrenberg.com.