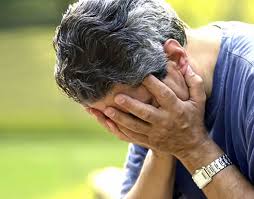 5 thoughts on ““I Don’t Want To Talk About It”: Guys With Depression”